Welcome to Week 2 of the One Room Challenge, which I am now referring to as: Hell Island. That’s because my kitchen island is my worst enemy and I hate it.

To re-cap, we had a slew of things to work on, including moving the stove from one side of the room to the other. We did it, with huge help from my uncle (he actually did it entirely himself), swapping the stove with the cabinets from the other side of the room. It was a perfect fit!….but now we have a new challenge: there’s a gaping hole in the center of the kitchen island because, you know, there used to be a stove there. 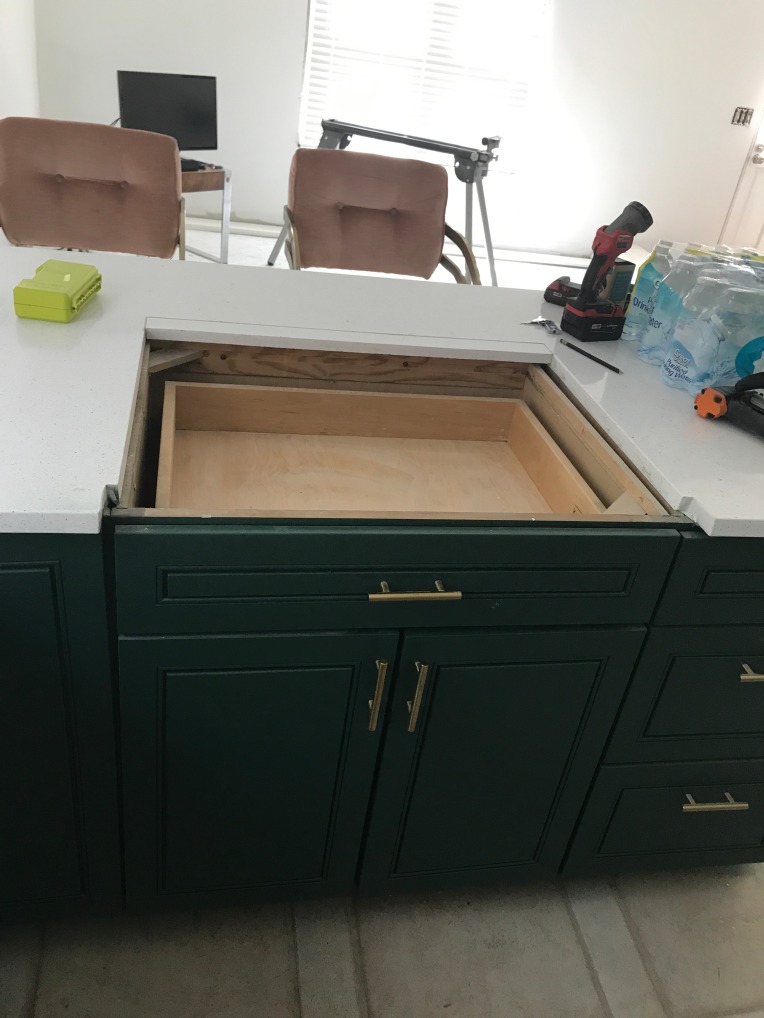 I toyed with having a piece of butcher block custom-made for the hole, for a built-in cutting board, but butcher block is so thick that it wouldn’t have been flush with the counters. So, I’m getting new counters. Ugh.  More on that in the coming weeks (fingers crossed).

All of the cabinets have now been painted, white on top (Behr, Ultra Pure White) and a deep forest green on the bottom (also Behr, called Secluded Woods). We also changed out all the hardware, going from ’90s silver drawer pulls to sleek and sexy brass pulls, sourced from Amazon (it was like $25 for all the handles).

Oh! The biggest change: the ceiling! My uncle took out all that godforsaken wood (which was good because he found actual sticks under there and a brick fell out and almost hit him on the head) and replaced it with a white ceiling. We added probably two feet to the room and it feels even more expansive thanks to the color. Once he removed the wood tiles, he got to the bones of the house, adding in sheetrock and installing can lights (and, you’ll notice, a spot where I can eventually put sconces over the windows):

Next, he finished the ceiling and added a gorgeous beam. (My uncle, FYI, is not even a contractor, but he is an electrician and he is just insanely handy with like everything).

Stay tuned for next week, which will include lighting details and a Hell Island update.

One thought on “One Room Challenge, Week 2”

New works combining my love of abstract art and my love of thrifting: paintings on top of the pages of vintage art books, now available on @chairishco #virginiachamlee
Recent estate-sale treasures. 🖐#bigthriftenergy 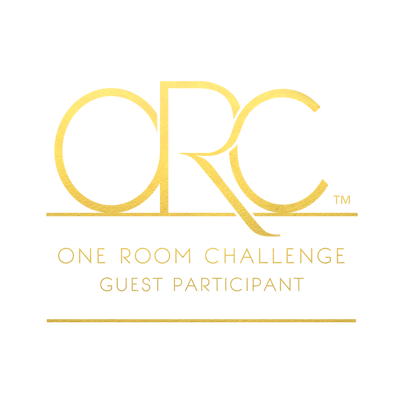